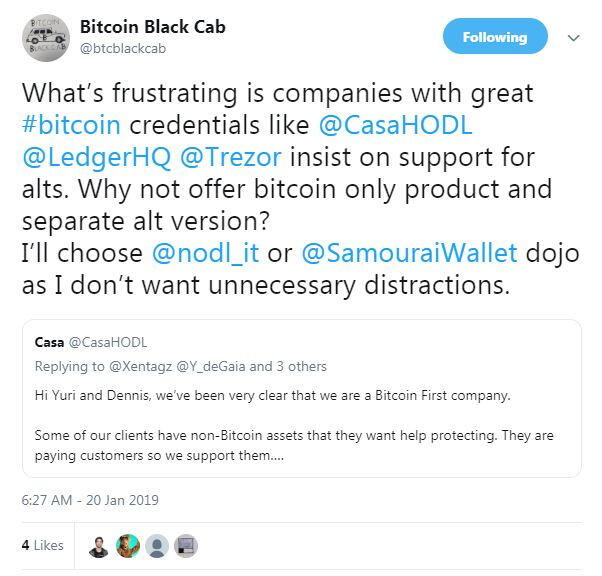 I agreed completely, I am passionate about bitcoin, not scam altcoins which waste time, money and provide an additional attack surface for any product / service which dabbles with them.

I thought, wouldn’t it be great to have a website which lists only bitcoin only projects!

That day I built bitcoin-only.com.

Since then the project has grown significantly and now tracks a wide range of bitcoin tools, products, events and services.

229 Days after launching bitcoin-only.com I moved the project to a dedicated GitHub repo and made it OpenSource under the MIT Lisence.

This had always been a long term goal, and I was delighted to finally be able to accept pull requests directly. Within minutes of announcing the news on twitter I had merged a pull request!

Going forwards this will allow the site to grow at a faster rate, with supporters of the project being able to contribute directly, rather than through DM’s & emails.

The current workflow is as follows;