BAT out of Hell

The sirens are screaming and the fires are howling way down in the (bitcoin twitter) valley tonight. An enlightening conversation between Francis Pouliot and Brendan Eich (CEO of Brave.com) has revealed why brave uses its own token (BAT — Basic Attention Token) rather than Bitcoin, and the rationale is frankly insane. Brave is an unnecessary product for users (ublock origin blocks all ads) and simple ‘pay to read’ tools like satoshipay (but using bitcoin) are far superior.

BAT is an ethereum token which was created to perform as money in the Brave browser ecosystem. It is advertised to be used by “publishers, advertisers, and users” to “obtain a variety of advertising and attention-based services on the Brave platform”. The following graphic which how each participant is expected to use BAT: 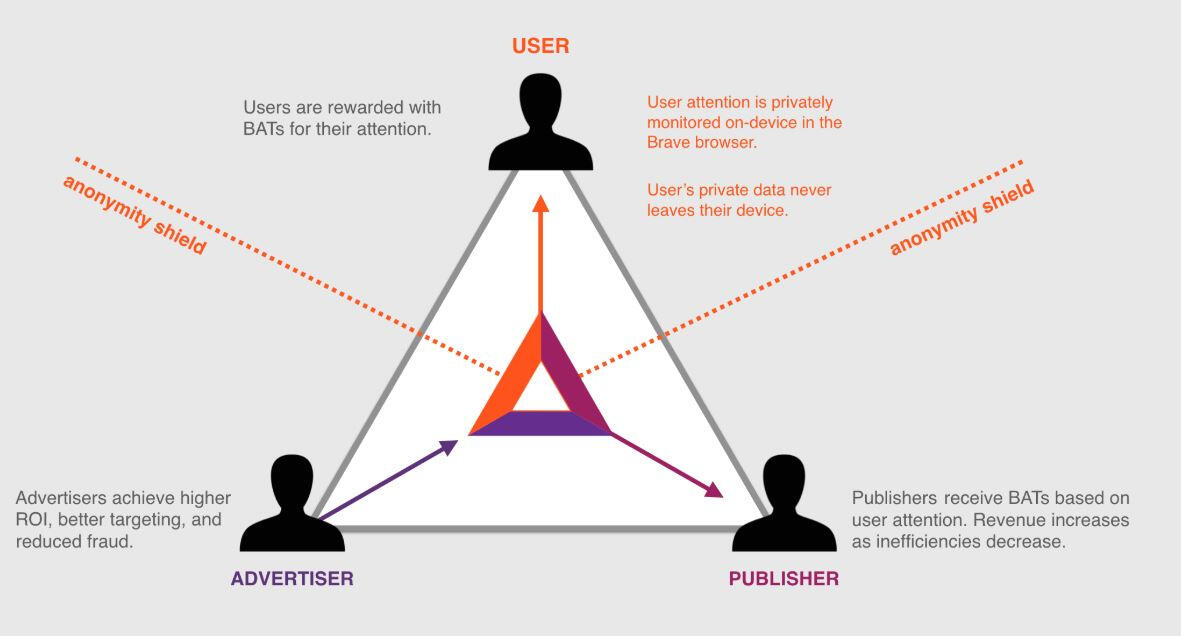 How It Works — Source

As most users and publishers are not advertisers it is obvious that these two groups will want to exchange their BAT for something for which they have a use. Given that bitcoin acts as the money of the internet we must ask the obvious question;

Why not use Bitcoin?

The recent tweets by brave CEO Brendan Eich display an impressive ability to doublethink. He listed a number of (incorrect) reasons why brave can’t use bitcoin. It is recommend that you read the full thread but the main points are summarized below:

Reason 1 - Bitcoin is slow and expensive

WRONG. Bitcoin is very quick. Final settlement takes less than 1 hour and lightning is practically instant. A properly run bitcoin company should operate at practically the same speed as bitcoin by using the correct tools and methods. For example Azte.co (which is on the cusp of launch) enables quick and easy buying of bitcoin. Furthermore, if users earn their bitcoin (by using the brave browser and viewing ads) there is no need to buy bitcoin.

“We also could not give users grants of it, because no bitcoin holder was willing to give us a big pool of coins to hand out.” (Source)

“How many among our over 20K and growing publishers, including big names we’ve announced and others have noted on Twitter via their contributions going through, do you dream are ready and willing to be paid in bitcoin — never mind be an LN endpoint?” (Source)

WRONG. That publishers don’t currently accept bitcoin is not evidence that they won’t. Bitcoin is a publishers dream. Publishers will be willing to pay a premium for payment in bitcoin because it performs as a global, friction-less and hard money. This statement makes it clear that Brendan is designing brave for today while ignoring tomorrow. Furthermore, it is trivial for companies to convert bitcoin payments into local currency every month.

6 months ago reddit user ‘nemomendel’ posted some concerns on the BAT subreddit. One of these concerns is particularly relevant:

“There is simply no way that the Ethereum blockchain can handle the number of transactions required for BAT to function properly.

This was addressed directly by ‘CryptoJennie’, the ‘ BAT Community Manager’ who said:

“we only push the transactions onto the blockchain once a month at most; all the microtransactions are accounted for off-chain by the Brave Ledger system. As for any worries of centralization, the whitepaper states that once state channel technology becomes available on Ethereum, we will be decentralizing this aspect as well.” (Source)

Brave are completely relying on unproven technology to decentralize their ledger system. Brave could be pioneers of the lightning network and become decentralized today.