I evaluated the usefulness of the Instax mini 9 for making cheap, quick QR prints. It works well but would work seamlessly with a small update to Samourai wallet to enable full screen QR codes. Samourai dev’s have since agreed to add this feature.

Sometimes, when using Bitcoin, you may desire a physical printout. For example, a physical backup of your private key in QR form so you can easily sweep it with a mobile wallet such as Samourai.

Typically people doing this have to take great care to ensure that both the printer and the computer connected to the printer remain offline at all times. This requires diligence and is not a portable method. We wanted to evaluate whether an instant camera could provide a neat solution to this niche problem.

We began by making a new Samourai wallet for this demo. The 12 word seed presented on screen was judged to be too small to backup using the camera. We had to make a note of these by hand. It would be brilliant if there was an option to make the words large so that this step could be done with the camera too.

We were surprised to find that you cannot view a private key for your Samourai wallet on mobile until you have received some coins. We have not investigated the details of this but if it is possible to view a master private key in QR form before any funds are received this would be brilliant.

We attached the small snap on lens which comes with the instax mini 9 in order to take a close up image of the QR code. 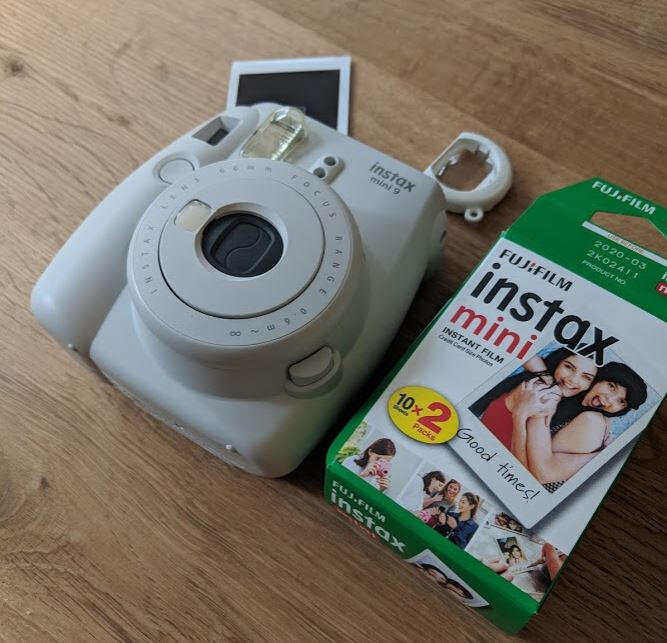